A Collection of Generative Presidents 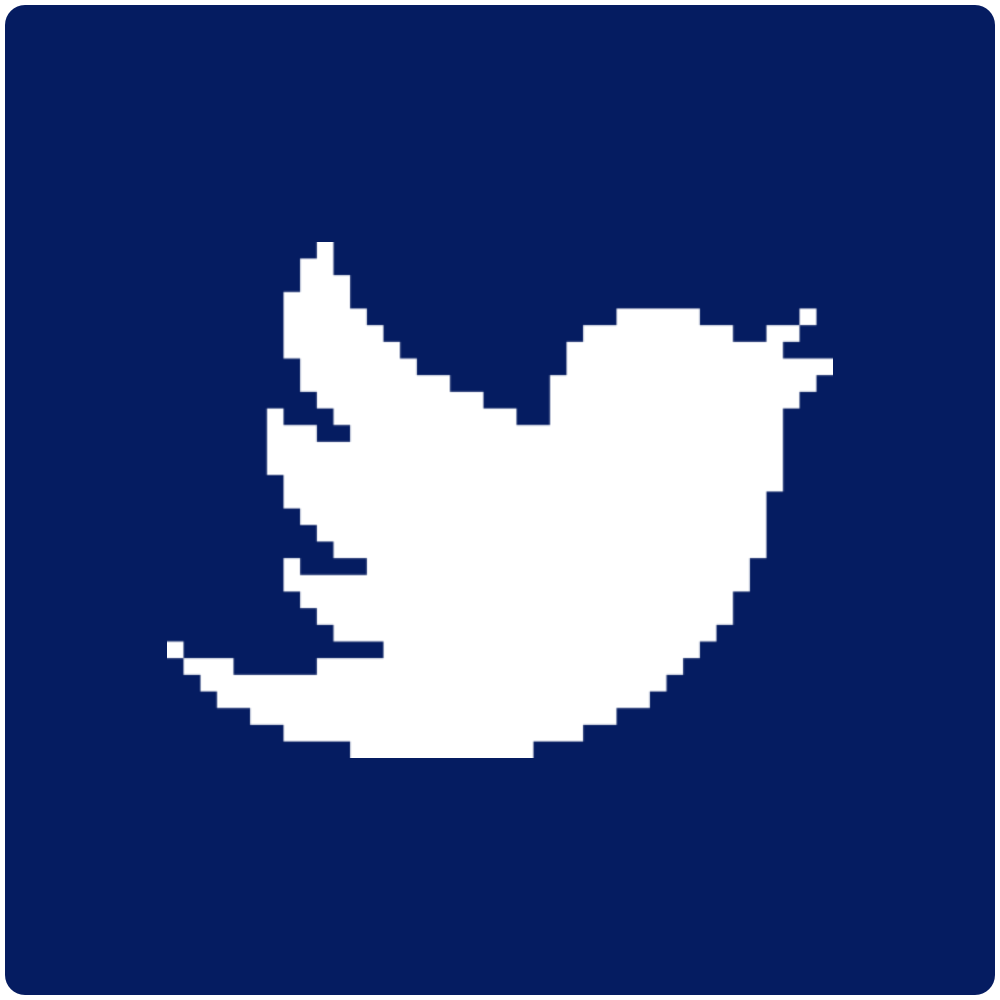 Buy yourself
a President 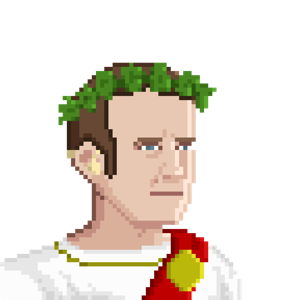 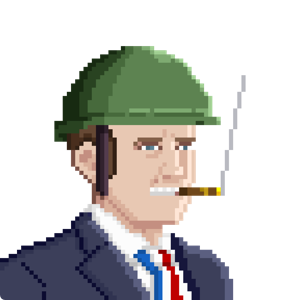 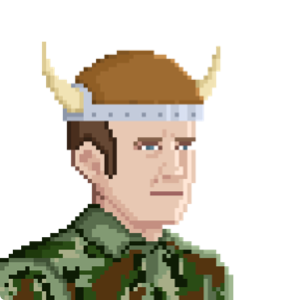 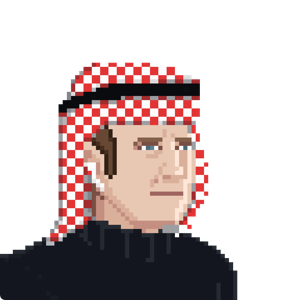 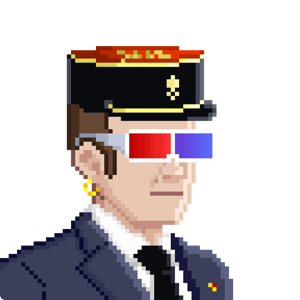 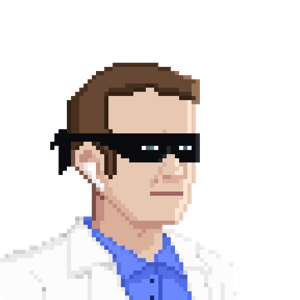 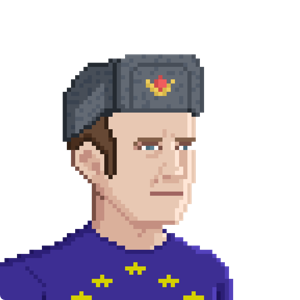 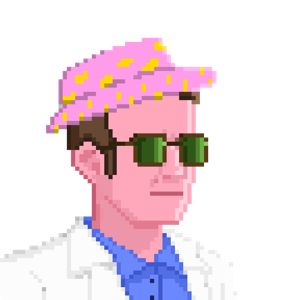 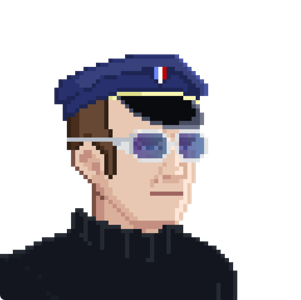 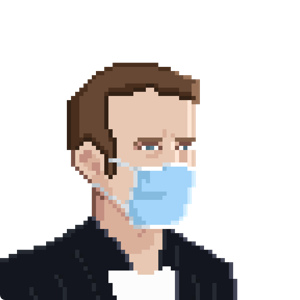 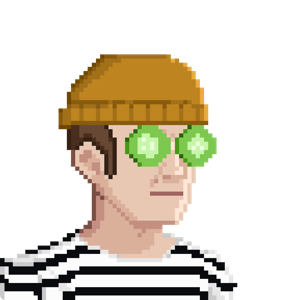 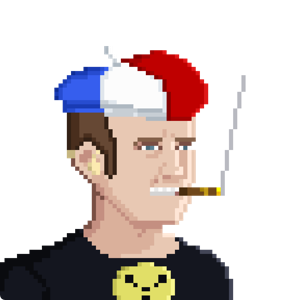 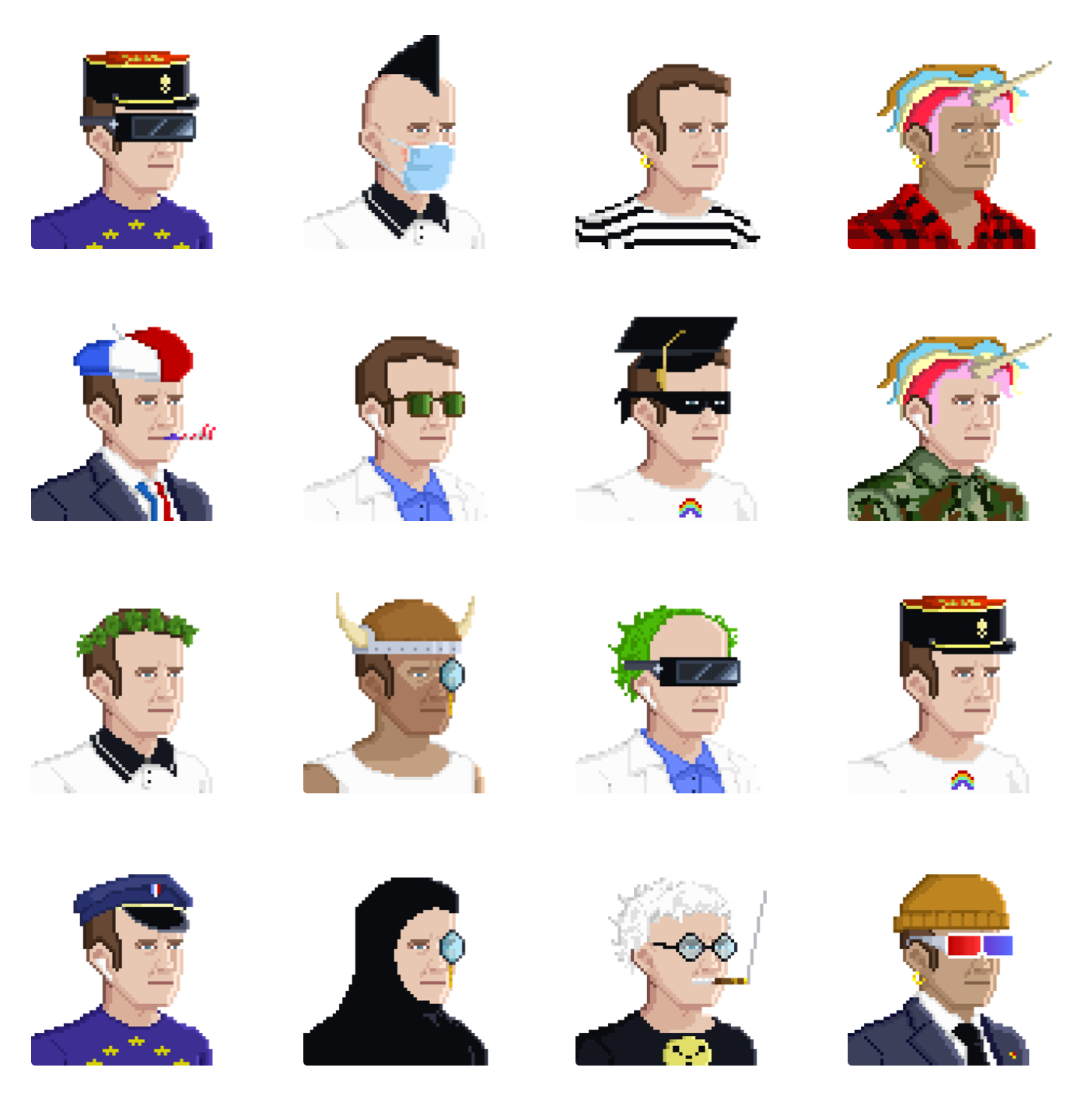 PixelPrezs is an artistic project inspired by generative art processes used in NFTs. We apply these methods and algorithms in the field of politics, ideas and government, to highlight the combinatory nature of memes, ideologies, actions and discourses. Pixel art is also an illustration of the granular nature of votes, where every pixel helps to draw the final image of an elected President. 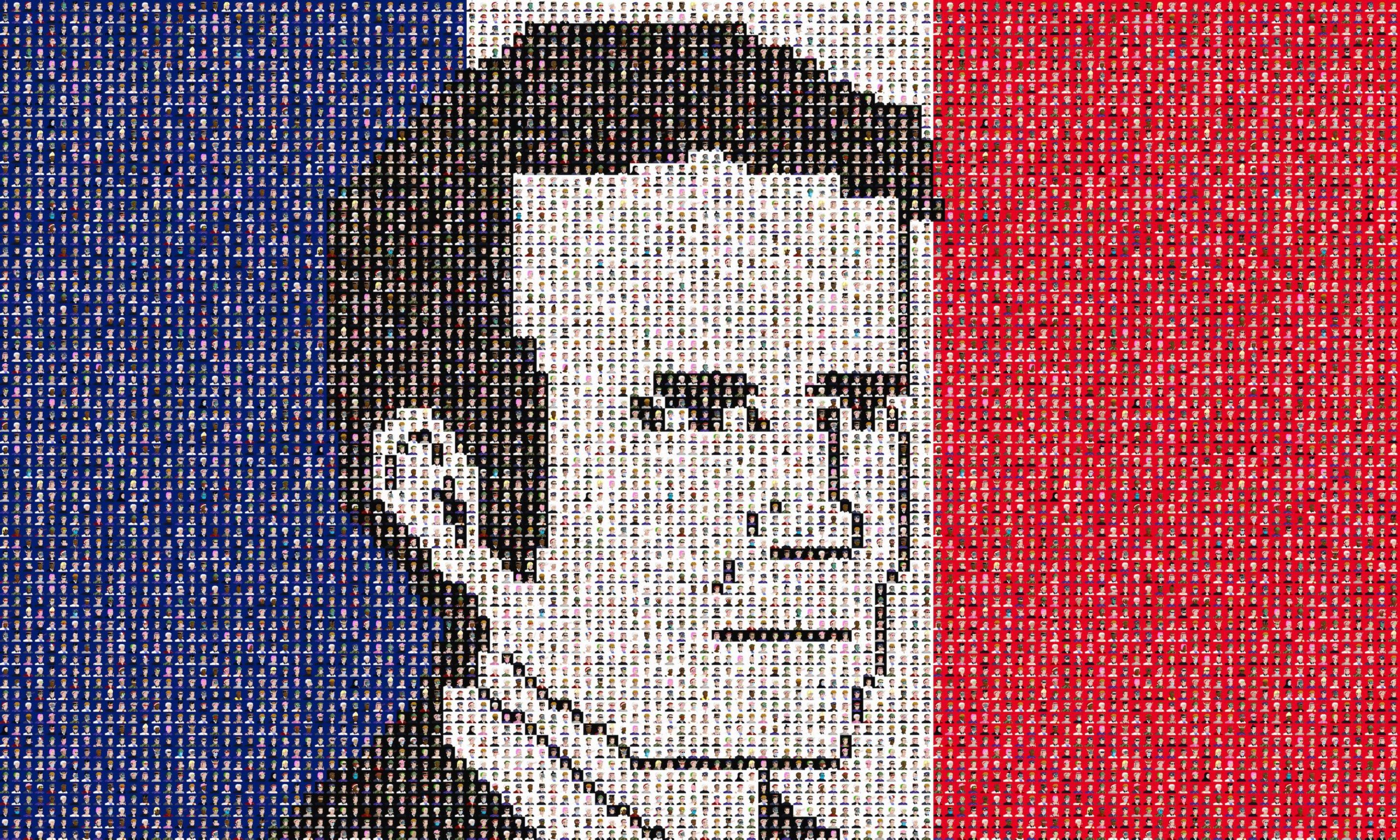 The MetaPrez is a unique NFT created by assembling all the PixelPrezs of a President. There is only one Metaprez per President.

Every French citizen remembers the iconic historical image of François Mitterand’s election back in 1981. It is the only image symbolizing the election of a French President that remains in the collective memory. It’s also an early piece of pixel art and the proud product of a French technology: the Minitel.

BUY THE ONLY MACRON METAPREZ

PixelPrezs is a collection of generative pixel art NFTs

Our first collection is dedicated to President Emmanuel Macron, President of France. More Presidents to come. Who will be next ? Joe Biden? Vladimir Poutine? Stay tuned.

The NFTs of each President are generated by an algorithm. Each NFT bears a unique combination of traits.

However, every President has at least once each of the existing traits, even if it is in complete opposition with his opinions. The corresponding NFTs are hence more rare.

Some traits don’t have any political meaning. They only use traits commonly found in the PFP type NFT culture.

Use of funds & transparency

PixelPrez is a project made by a team of passionate artists and tech guys (see our bios). Here is how the money from this project is used :

The community of PixelPrez holders can be found on the various Discord channels of the PixelPrezs project.

You can join our Discord here.

More about our artistic project

The collective is not related to any political party. The Project was carried out with a real concern for fairness.

The blockchain can revolutionize the way we support a candidate. Our project is a modest first step towards a new era of tokenized politics.

PixelPrezs is an artistic project based on on the right to caricature the Powerfuls. It also pastiches the codes, the culture and the graphic universe of NFT collectibles. It is intended to fuel reflection and public debate on the place that Web3 could take in politics.

We are a team of 5. We are 5 to have joined forces to imagine, create and develop the PixelPrezs project with a diversity of backgrounds and skills for this unique NFT project:

After 15+ years as a full-stack software engineer, I started diving into crypto in late 2020. About 6 months I started to aid the development of NFT based projects and gain experience on Solana with the Metaplex/Candy Machine ecosystem. I have proven expertise in consulting project to venture into NFT as well as personally developing robust and scalable minting experiences for drop of large volume and traffic. Some technical skills and languages I’ve learned throughout the years include Python, React, Node JS, and Angular.

A graduate of the School of Fine Arts in Paris and the Media Lab, Potemkine creates, alone or in groups, artistic works in multiple forms (photography, installations, performances) and leads a reflection on the role of media and the social arts. Based in Toulon, he has shown his work in Guanzhou, Berlin, Cotonou, Beirut, Boston or Marseille. PixelPrezs is his first intervention in web3.

After a career in design and then in video games, S.Cro@2 chose to pursue a career in artistic creation of digital art and in particular Pixel Art. He lives between Paris, Barcelona and Buenos Aires.

A graduate of EM Lyon, Anthony worked for several Parisian startups for more than 8 years as Product Manager and Growth Hacker. Now based in Biarritz, Anthony is 100% dedicated to web3. PixelPrezs is his first NFT project but already his 3rd in the blockchain universe.

After studying engineering (Centrale Nantes), I decided to immerse myself in AI, in particular applied to the recognition and manipulation of images. I am a news junky and was very much into NFTs for the last two years. Joining the collective was a no brainer for me.

SEE THE COLLECTION ON OPENSEA ⇢